Oh, dear internet friends! Hello! I have missed you! And it's all my own damn fault, but I'm determined to actually be around more now, and both of my kids are in school (WHAT) part of the day four days a week now, so I think it is actually possible this time. I've been pretty busy, guys! But Thorin starting school in August was pretty amazing, as it gave me some breathing space - and, like, thinking space - during the week that I haven't had for over four years, and all of a sudden I can Get Stuff Done. Or at least some stuff - it still took me until now to get on DW, after all. But, you know.

My non-mom life has been re-emerging after the fallow period that is The Diaper-Changing Years in fits and starts, but I lucked out around the time that my mental energy and creativity started recharging and found a great space where I can get writing done and my children can't get to me. Jameson is totally willing to be the "on call" parent so I can write, but if I'm in the actual house the kids will demand me anyway, so escape has been necessary if I want to be productive. I stumbled upon a co-working space that has been so, so perfect: Story Land. If you're ever a laptop user in the Tucson area who needs a place to get work done, I can't recommend it highly enough.

I've been working on some short stories and stuff there, but the biggest thing has been a co-written novel with

karenhealey, which, and here's the awesome part, we have finished. It's a doorstopper-length high fantasy novel for adults with child protagonists, which makes it a tough sell in terms of marketing categories, but we really love it and want people to be able to read it, so we decided to go the self-publishing route on this one. We started a Kickstarter campaign last month to fund a professional cover and layout and all, which has been amazing. We met our goal within the first few days! Eeee! We have hit a couple of stretch goals already, too, and there's still time left, so I'm hoping we'll get enough backers to be able to afford to commission a map for the front of the book. But even if we don't, we can do the cover! It's gonna be great. I'm going to do a link here, in case you want to check it out: Annnnd here are my ridiculously cute kids, all dressed up and fancy: Sooo... Hi, y'all! Updates have been thin on the ground in recent months mostly because I have been so tired and full of hormones, and while I am somewhat less full of hormones I am now even more tired so I'm not sure when I'll get back to my usual chatty self, but - 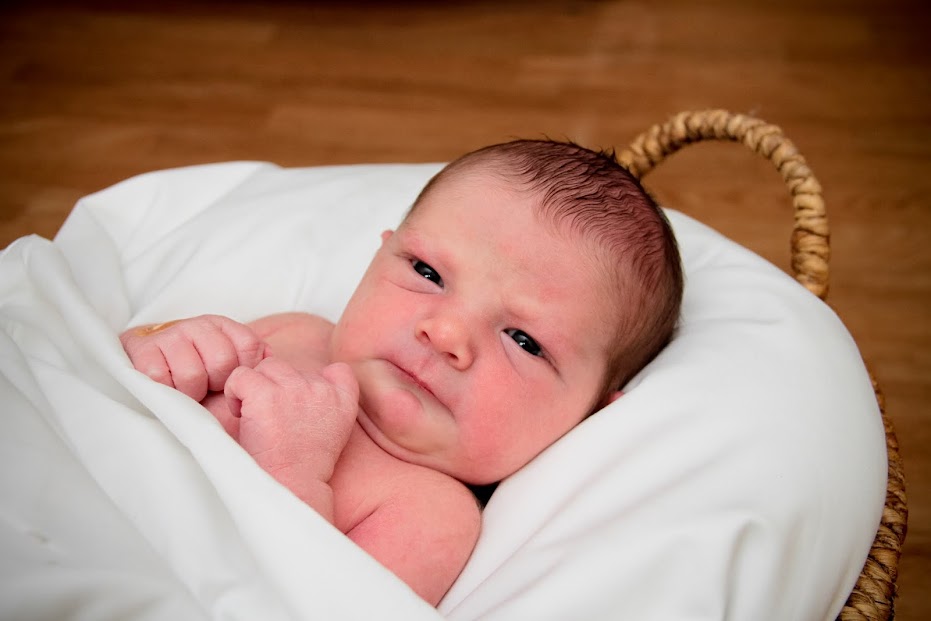 Kieran Hartley York, born 3/3/2013 at 3:15 am after way more labor than I was anticipating (over a day in the hospital before his arrival), weighing seven pounds 15 ounces and measuring about 21 inches long. He is wonderful.

This entry was originally posted at http://revena.dreamwidth.org/542986.html. You can comment either here or there.

Tonight at Target I saw a My Little Pony: Friendship is Magic board book. I flipped through it while Jameson hovered impatiently over my shoulder, then put it in my basket. 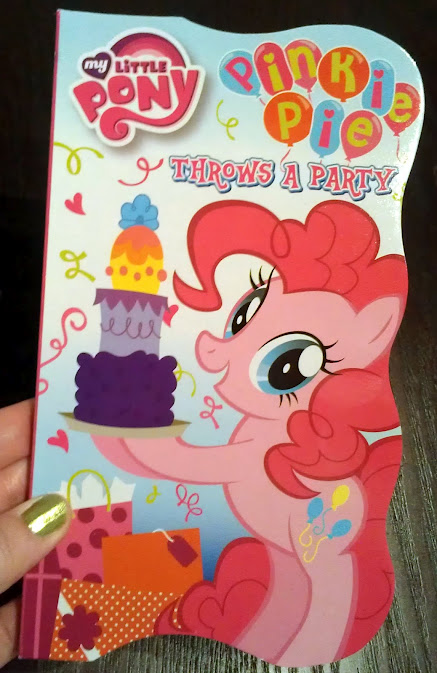 Jimmy made a disgusted face.

"What?" I said defensively. "We're planning on having a kid!"

"And this book will teach it wrong things!" he replied. 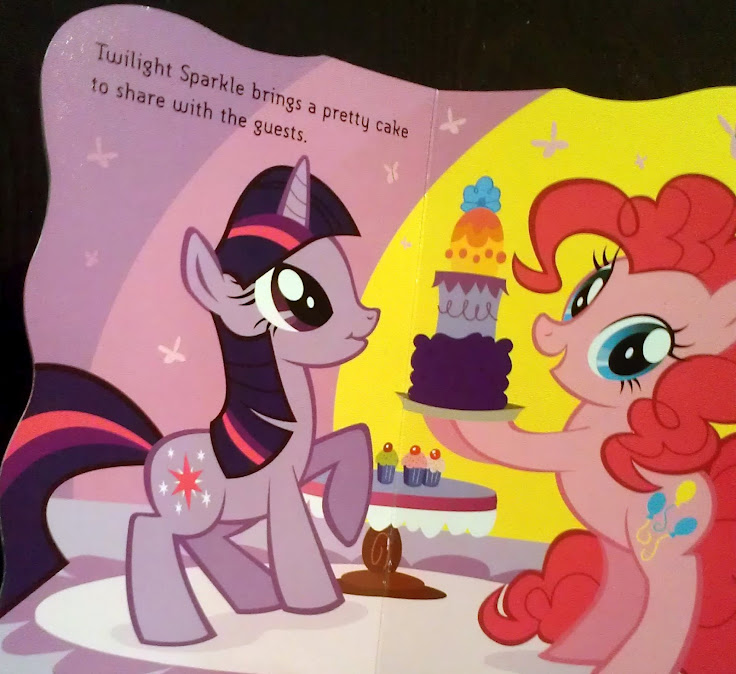 He has a point. Maybe I can spin it as being an ice cream cake or something?

This entry was originally posted at http://revena.dreamwidth.org/541918.html. You can comment either here or there.

It is summer; therefore, ants. Omfg, so many ants.

The antsplosion kicked off last week when the little monsters found a pinhole in the bottom of the cat food bag and feasted mightily. I had an air-tight storage container for cat food, but I bought it waaaay back when Xerxes was just a tiny kitten and ate food that came in tiny kitten food bags, and so when we buy large bags of food, not all of it would fit. Up until this summer, amazingly, that hasn't been a problem, but I guess I always knew the food left in the bag was vulnerable. So, fine. It was frustrating that they got into that food, and I was not at all pleased with the RIVER OF ANTS in the kitchen, but we tossed the bag and I did some furious sweeping and no real harm was done.

And then they BREACHED THE SEAL ON THE STORAGE BIN.

Jameson opened the cat food bin last night to feed the mewing horde, and got bitten like three times while he stared in startled horror at the teeming mass of ants within. Auuuugh!

The good news is that the new storage bin is big enough to accommodate a large-sized bag of cat food.

This entry was originally posted at http://revena.dreamwidth.org/541570.html. You can comment either here or there.

Jimmy and I finished our first run-through of Mass Effect 3. I am full of feelings, mostly of the "augh story in which I was very emotionally invested has now ended" variety. We only did one ending (I bet anyone who knows me can guess which one!), but I am totally open for SPOILERY DISCUSSION of any of them, if any of y'all have played and want to chat.
( Collapse )

This entry was originally posted at http://revena.dreamwidth.org/539900.html. You can comment either here or there.

(I am sick and feeling sorry for myself, if that inspires anyone to extra lovingness. Just sayin'.)

This entry was originally posted at http://revena.dreamwidth.org/537912.html. You can comment either here or there.

So I made some bread today! The recipe indicated that it'd take up to fourteen hours for the first rise, and our sourdough culture laughed in the face of that estimate. Then I punched it down and made pan loaves, and then let it rise again, and then slashed (somewhat inexpertly, as you will see) and baked and...it is mediocre, alas. The texture is excellent, go me! The flavor is pretty bland. I can taste what will be a very nice sourness, when the culture is a bit older, but it's barely there. However, it will be good sandwich bread, or nice for toast with butter and jam, and I am content.

This entry was originally posted at http://revena.dreamwidth.org/537623.html. You can comment either here or there.

I suspect that some of you will be interested to know that Belle and Claire are getting the old band back together and offering up elements of the next Dorgian Galaxy novelette in the Con Or Bust auction this year. Bidding starts on the 11th!

This entry was originally posted at http://revena.dreamwidth.org/536654.html. You can comment either here or there.

In accordance with my sort-of resolution thingy, I have been reading from my TBR collection. Go me! Also, not buying any new books. Go me some more!

I read (among other things) Primary Inversion by Catherine Asaro, which I liked very much indeed, though the copy I have on my e-reader is full of copy-editing-type errors. Extra or missing words, slight misspellings, etc. Boo. But I got it via the Baen Free Library, and the "free" aspect made it less frustrating than it could have been. When I am allowing myself to buy books again, I'll see about getting my hands on the sequel(s) and hope for better editing.

Another thing I've been doing the past little while is working on a few dolls. I finished two that are clothed in comic book panels - which was really fun to do, though also really sticky - and they're up in my Etsy shop if you want to take a look. Or, y'know, buy one. Please do share links to anything there if you think a friend would get a kick out of 'em, btw. I would love to sell some dolls, not so much for the money (though money is nice) but because I enjoy making them a lot, but I enjoy it even more when someone else gets to have one that makes them smile.

This entry was originally posted at http://revena.dreamwidth.org/535841.html. You can comment either here or there.

I didn't make any resolutions for the new year, mostly because I never remember that that is a Thing that one might wish to do, but I have one as of today! It is this: I resolve to get through at least half of my freakishly huge TBR shelf, which includes not only multiple actual physical shelves but also a ton of space on my e-reader.

I'd say get through all of it, but I want to go with a goal that is, y'know, achievable. All would be nice, though! To that end, my supporting resolution is to not buy any new books for... Um... Let's say three months?

Oh god, I suddenly have such a strong book-buying urge. Stay strong, Robyn!

This entry was originally posted at http://revena.dreamwidth.org/535319.html. You can comment either here or there.